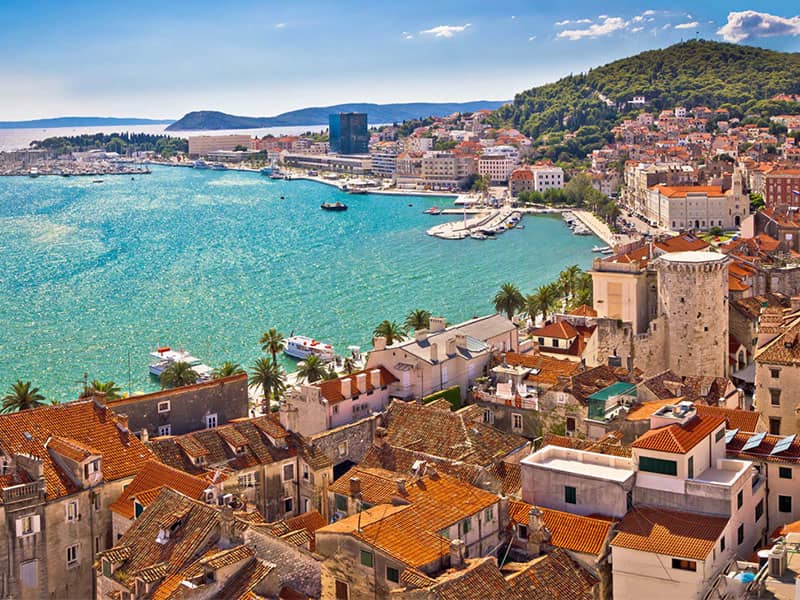 Because of it’s incredible tourist and nautical offer, and thanks to proximity of Split airport, train and bus stations,  ferry port and highway connection, Split area / region it becomes the most popular cruising area in Croatia. Split is also largest city on the Adriatic coast, and marinas around Split are main starting points for majority of catamarans in charter.

Our catamaran charter fleet in sailing area of Split is mainly situated in ACI marina of Split, Marina Kaštela, marina Trogir and marina Baotić near Trogir. There are also smaller starting ports located around Split like Rogac on Solta island, Baska Voda, Makarska and Primosten.

During spring and summer months, Split airport is well connected with majority of European cities with low cast flights. In recent years, low-cost airline companies increased number of direct lines to Split. Various ferry lines from Split offers connection with the nearby central Dalmatian islands (Brac, Hvar, Korcula, Vis, Lastovo, Solta), and daily connection to Ancona, Italy.  There are also coastal ferry service between the city and Dubrovnik to the south, and Rijeka to the north.

The islands of Split region contrast from each other. For instance, Island of Brac is the largest and the biggest island in Croatia and additionally a standout amongst the others islands, and the most developed with respect to tourism. Tourist hot spots on the island of Brac is are Supetar, Bol and Milna. Zlatni rat beach near town of Bol is good choice to visit with catamaran multihull. Island of Solta is smaller and not as tourist developed, but has advantage of being untouched from the civilization. It is located opposite the city of Split. Vis island, with its numerous beautiful bays and caves and untouched nature, is gaining in popularity for year to year. The town of Komiza is well known fisherman town in Central Dalmatia. The island of Bisevo is exceptional due to the Blue Cave with the one memorable experience, Medvida Cave and which are viewed as a mind boggling natural marvels. Island of Hvar is likewise a notable destination, especially for nautical tourism and also called the party destination, and has the urban areas of Hvar, Stari Grad (Old City), Jelsa, Vrbovska, and Sucuraj. Along the coastline, there is the city of Split and its encompassing towns and ports. Part is the most populated and it is the focal point of this current locale’s economy and additionally the biggest sea goal in Croatia. In Central Dalmatia there are two destinations which are under the assurance of UNESCO: Diocletian’s royal residence in Split and the old town in the heart of Trogir. Part is the focal point of the Split–Dalmatian County which makes the city a noteworthy and focal traveler goal in Central Dalmatia.

ACI marina Split is the best location to start your Charter a Catamaran vacation in Croatia. Split, a town on Croatia’s Dalmatian Coast, is known for its beaches and the fortresslike complex at its center, Diocletian’s Palace, erected by the Roman emperor in the 4th century. Once home to thousands, its sprawling remains include more than 200 buildings. Within its white stone walls and under its courtyards are a cathedral and numerous shops, bars, cafes, hotels and houses. With large fleet of catamarans in Split charter area you can visit several islands in the 7 or 14 days charter. All marinas are equipped with a supermarket so you don’t need to worry about groceries, food and beverages. 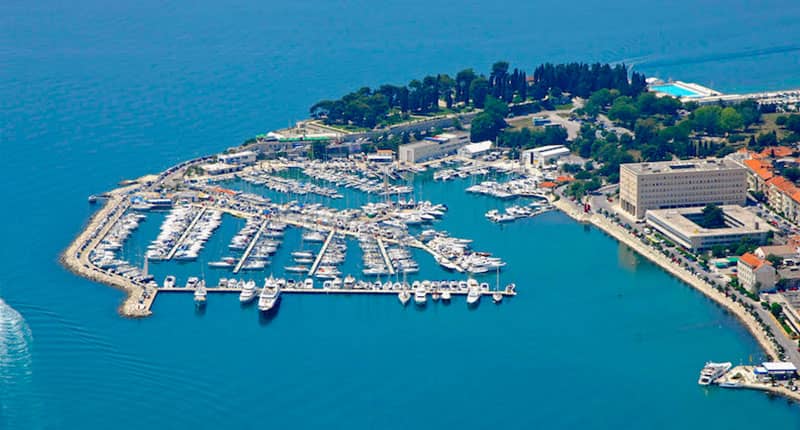 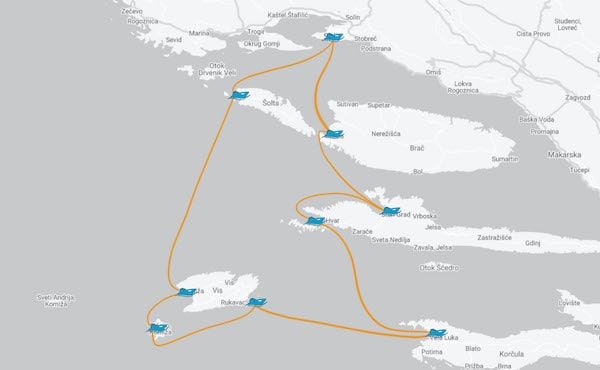 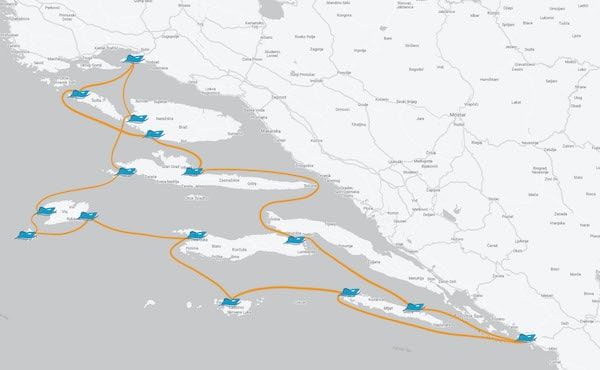 Old Town of Trogir is located just 5 minutes from Split airport and have 3 marinas, ACI marina Trogir, SCT marina Trogir and Marina Baotić in Seget Donji, just near Trogir. Trogir is a town on the central Adriatic coast of Croatia. Its preserved old town, known for its mix of Renaissance, baroque and Romanesque buildings, lies on a small island connected to the mainland and the island of Čiovo by bridges. The 13th-century Cathedral of St. Lawrence houses the Renaissance Chapel of St. John and offers sweeping views from its bell tower. Parts of the medieval city walls remain intact. With large fleet of catamarans in Trogir charter area you can visit several islands in the 7 or 14 days charter. All marinas are equipped with a supermarket so you don’t need to worry about groceries, food and beverages. 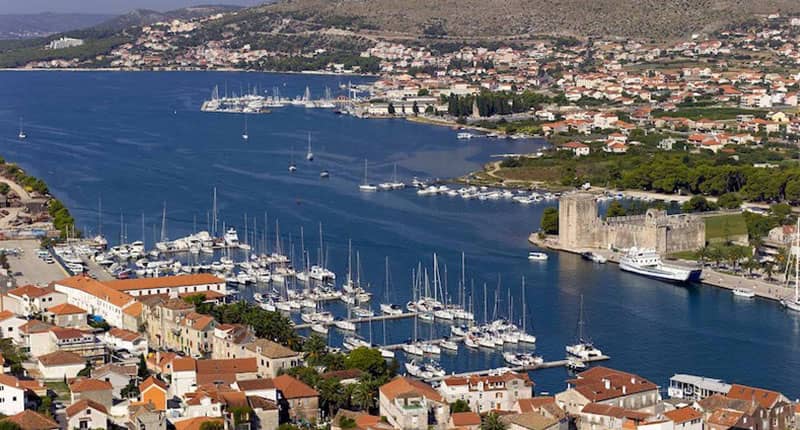 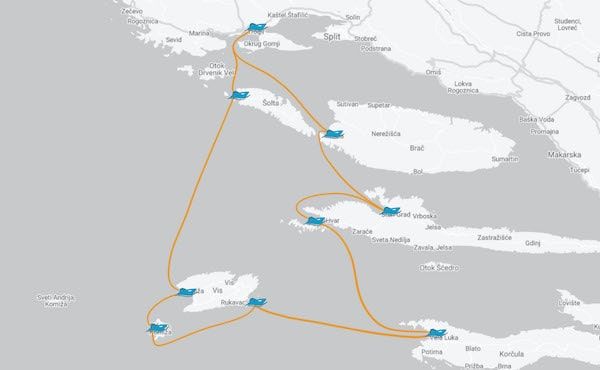 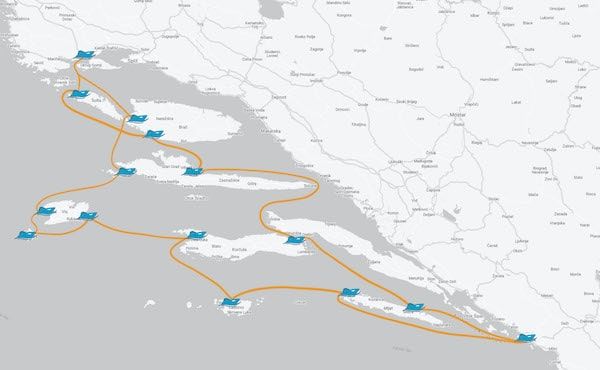 Marina Kastela is located 10 minutes form Split airport and 15 minutes from Split center. Kaštela is an agglomeration of seven small settlements in Croatia, located northwest of the city of Split, west of Solin and east of Trogir, on the central Dalmatian coast. Its one of the largest marinas in Croatia and its fully equipped. With large fleet of catamarans in Kaštela charter area you can visit several islands in the 7 or 14 days charter. All marinas are equipped with a supermarket so you don’t need to worry about groceries, food and beverages. 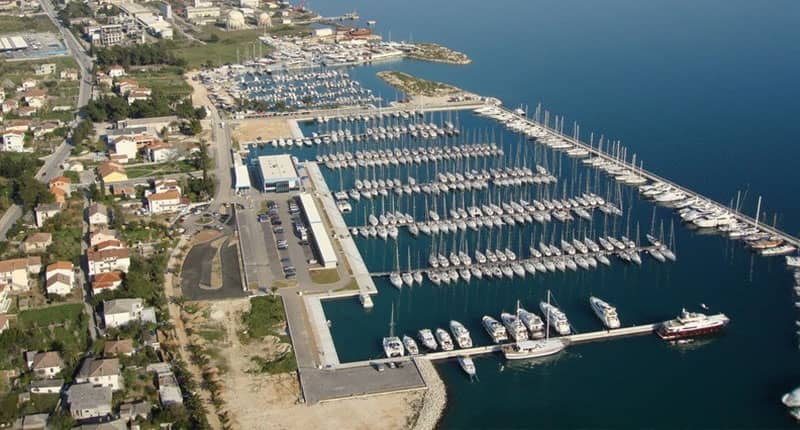 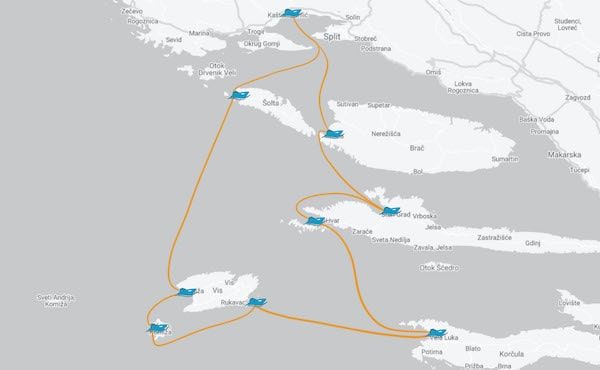 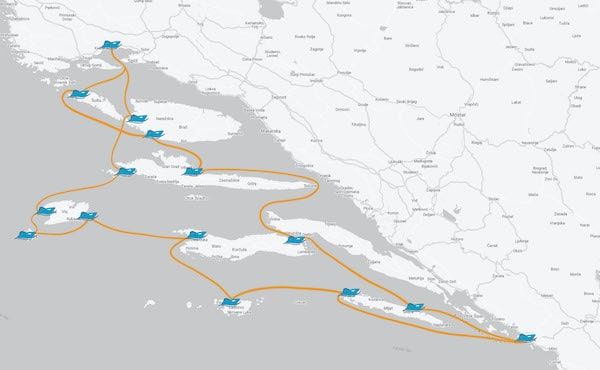